Pints of Social Justice for Sale

Until recently, many brands only posted about their support for social issues during awareness months like Black History or Pride. Then, amid a high level of social unrest, brands felt pressured to post statements of solidarity and display black boxes on their Instagram accounts. Some were applauded for it and others criticized. That’s because black boxes and statements without action are useless. But one brand we can all learn from about how to make a difference is Ben & Jerry’s. Here’s how they lead the way making social issues an integral part of their brand to effect change.

Being a B Corp

Ben & Jerry’s is a certified B Corp, (Benefit Corporation), which means they place their social mission at the same level of importance as creating and selling their products, balancing purpose and profit. Becoming a B Corp is no easy task. A company needs to satisfy a stringent set of standards to achieve the certification and must be committed to using their business, and voice, to solve social and environmental issues.

Social justice is deeply embedded in the Ben & Jerry’s brand. As stated in their mission, “we create linked prosperity for everyone that’s connected to our business: suppliers, employees, farmers, franchisees, customers, and neighbors alike.” Ben & Jerry’s doesn’t use high-profile issues to get attention and drive sales. Instead, they use their brand to bring attention to these issues and advocate for change creatively, which is why they are so darn good at what they do.

Flavors that Made a Difference

What’s more fun than eating ice cream named after your favorite band or TV show? Arguably, the names of Ben & Jerry’s pints are just as good as the flavors they pack inside. Famous for flavors with clever pop culture references, such as Cherry Garcia, The Tonight Dough, and Phish Food, Ben & Jerry’s has been successful at creating clever names to support social causes as well. Over the years, they have released flavors to support all types of issues such as climate change, marriage equality, a fair democracy, refugees, and racial justice. Flavors like Justice Remixed, Empowermint, Save our Swirled, Home Sweet HoneyComb, One Sweet World, and I Dough, I Dough were created with the mission to raise awareness, and money, for organizations that fight the good fight, but they don’t stop there. They encourage customers to join in by signing petitions, going to rallies, and joining grassroot campaigns. These inspired flavors not only represent the best ice cream in the world, they represent what Ben & Jerry’s is doing to change the world.

Ben & Jerry’s uses their social media platforms to push for progressvie change regarding society’s most pressing issues. While many brands dance around these issues to avoid backlash, more often than not, Ben & Jerry’s meets them head on. And we’re not talking about a casual retweet, black box or reposting an article. Ben & Jerry’s develops original graphics and blogs to address these issues, proving that they are authentic. They tweet about issues like, the school-to-prison pipeline, why prosecutors are so important to this year’s election, the fact that climate change is here, and finally, why taking a stand against Facebook is so important. Ben & Jerry’s not only seeks to cultivate a company and culture that supports these issues with conviction, they want to influence a generation to follow in their footsteps and fight for meaningful change.

Ben & Jerry’s has something for everyone, but if you can’t find a flavor you like, you’re sure to find an issue you can get behind. Because getting one more person to care, matters. If your brand doesn’t have a clear purpose, make it a priority. Tag can help.

About The Brand Establishment

The Brand Establishment perfected the first contemporary brand development process specifically for small to mid-sized advertisers more than two decades ago. These tools and procedures have been utilized by companies in virtually every business sector – hundreds of times. 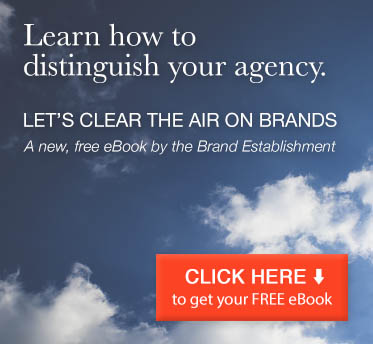